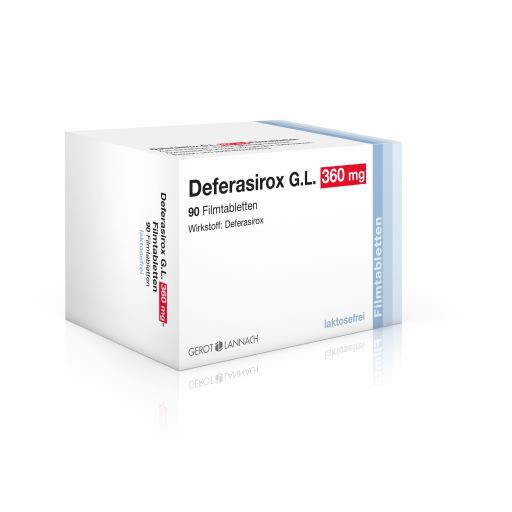 Deferasirox G.L. contains the active substance deferasirox.
It is an iron complex former (chelator) used as a medicine to remove excess iron (also called iron overload) from the body. It binds and removes excess iron, which is mainly excreted in the stool.