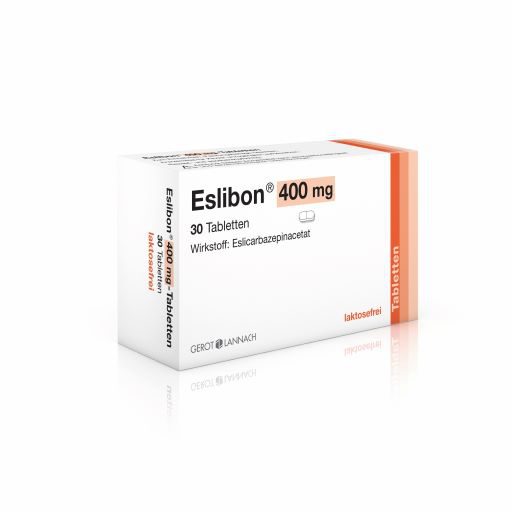 Eslibon® contains the active ingredient eslicarbazepine acetate, which belongs to a group of medicines called antiepileptics. These are used to treat epilepsy, a condition in which you have repeated convulsions or seizures.

Eslibon® is given by the doctor to reduce the number of seizures.