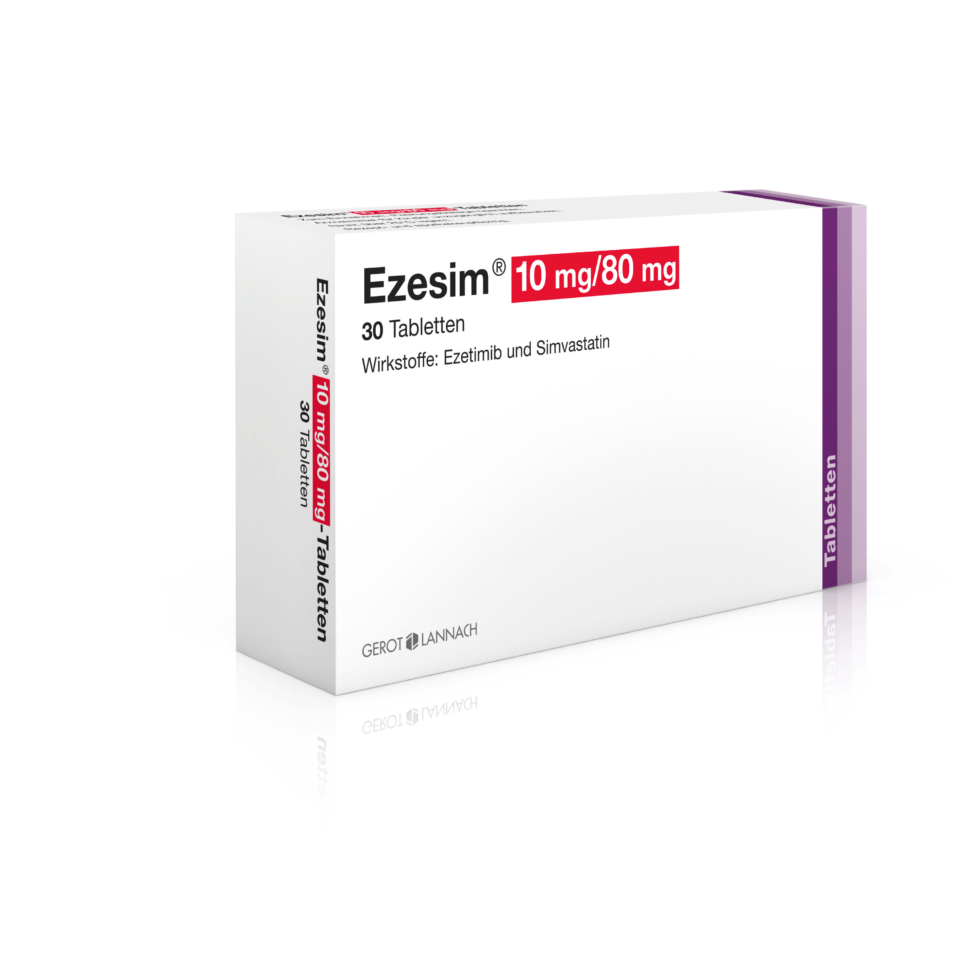 LDL cholesterol is often called “bad” cholesterol because it accumulates in the vessel walls of arteries and can be deposited as so-called plaques. These plaques can eventually lead to narrowing of the arteries. This narrowing can subsequently lead to a circulatory disorder or blockage of a vessel of vital organs such as the heart or brain. A vessel blockage can trigger a heart attack or stroke.

Triglycerides are another type of blood fat that can also increase the risk of heart disease.

Ezesim® is taken in addition to a cholesterol-lowering diet if you:

Ezesim® does not help to lose body weight.