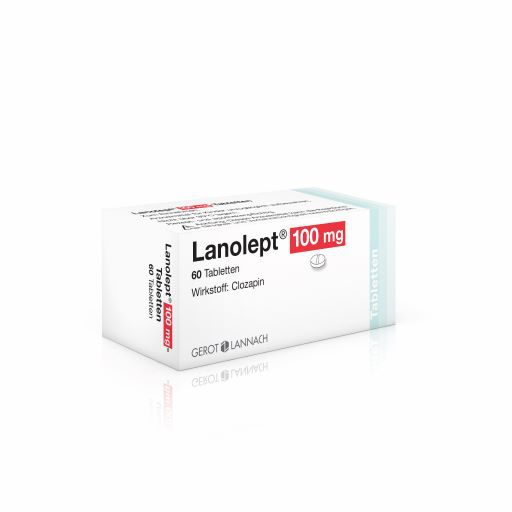 Clozapine belongs to a group of medicines called antipsychotics (medicines used to treat certain psychiatric conditions, such as psychosis).

Lanolept® is used to treat patients with schizophrenia in whom other medicines have not worked. This medicine may only be taken if treatment attempts have already been made with at least two other antipsychotics as part of the treatment of schizophrenia and these have not worked, or side effects that could not be treated have occurred. One of these previously tried drugs must have been one of the newer atypical antipsychotics.

Clozapine is also indicated for psychosis in the course of PD after failure of standard therapy.