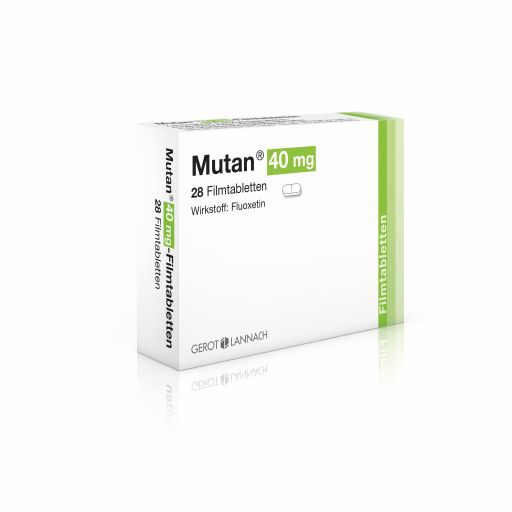 Fluoxetine belongs to the group of medicines called selective serotonin reuptake inhibitors (SSRIs), which are antidepressants.

Mutan® is used to treat the following conditions:

An antidepressant medicine should be given to a child or young person with moderate to severe depression only in conjunction with concurrent psychological treatment.